skip to main | skip to sidebar

Finally!! Summer is here! We have enjoyed swimming so far.... 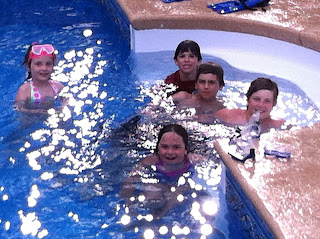 Martin Prado is the Man!

Martín Manuel Prado (born October 27, 1983 in Maracay, Venezuela) is a professional baseball player who currently plays for the Atlanta Braves.
Prado made his major league debut on April 23, 2006, going 1 for 2 and logging a triple. He was later sent down to the AAA Richmond Braves, but was called back up to the majors later in the season. He hit his first career home run on September 14, 2006, against Jamie Moyer of the Philadelphia Phillies.


He is the most hard working player on the Braves current roster..... according to his team mates. 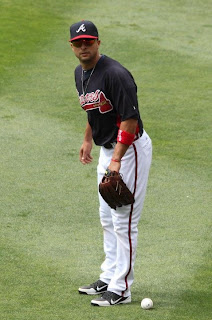 I took Trent and Caleb to the Braves game this weekend! Being Memorial Day weekend I knew that it was going to be super crowded.. but these boys were determined to get an autograph... Martin Prado was sooo nice and signed a baseball for each of them. Caleb is a newbie... this was his first autograph. He was so excited..... he happen t have on a PRADO shirt which he also got signed. You know it has to be hard for these players to have all these kids wanting autographs... I think that before every game the players ROCK, PAPER, SCISSORS to see who has to go out and sign.... Prado was a terrific sport signing as much as he could before the game. I HEART him for that reason.... 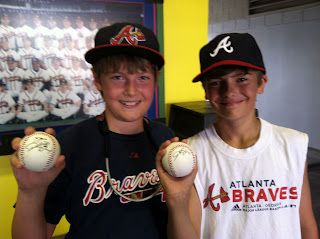 The 2nd grade had a great cookout to end the year! Alyssa had a great year. She is so smart and loves to read and do puzzles. She loves to keep us on our toes.. but we wouldnt have it any other way.... 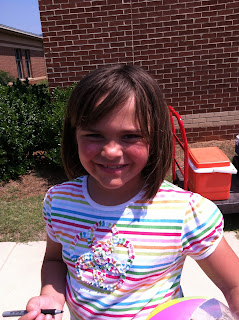 Some good friends and I went to see Drivin n Cryin this weekend. They were actually playing in McDonough. We had gotten a VIP table which we thought would be really close to the stage... but now we know for next year. But it was a great time, outside listening to music and just being with friends.... We were laughing at the fact that we were some of the youngest folks there... but they still put on a great show... 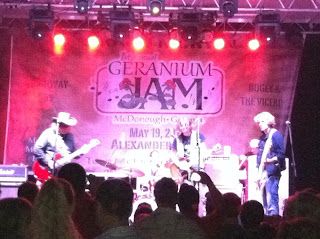 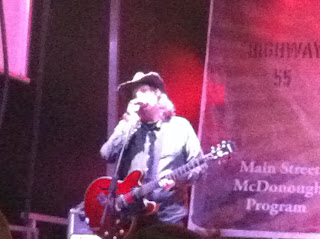 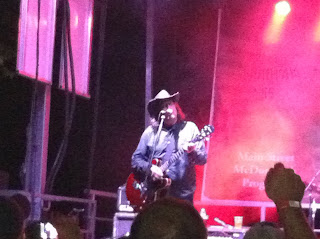 Trent was so excited to be awarded with the A-B Honor Roll. He worked really hard this year to maintain this achievement. I'm sooo glad our first year of middle school is almost over. He had a great year! 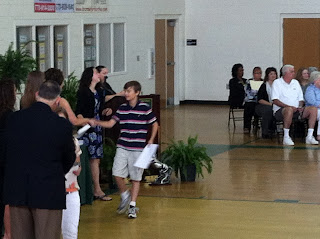 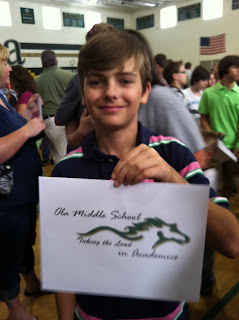 A jester, joker, jokester, fool, wit-cracker, or prankster was a person employed to tell jokes and provide general entertainment, typically for a European monarch. Jesters are thought to have typically worn brightly coloured clothes and eccentric hats in a motley pattern. Their hats were especially distinctive; often made of cloth, they were floppy with three points, each of which had a jingle bell at the end. The three points of the hat represent donkey's ears and nose and tail worn by jesters in earlier times. Other things distinctive about the jester were his laughter and his mock sceptre, known as a "bauble" or marotte.


Alyssa's Sage class is studying Medieval Times. They had a royal feast to celebrate the end of the term. Alyssa was a jester... she was so cute providing the entertainment.... 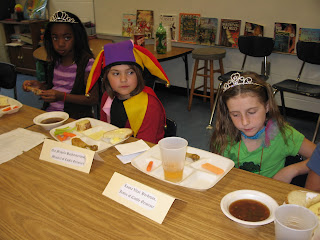 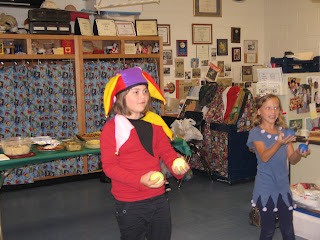 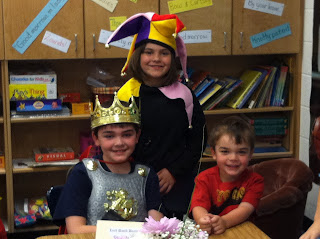 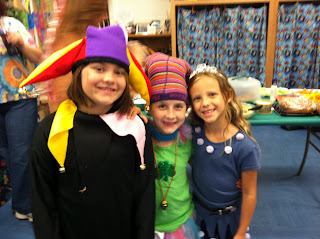 A friend of mine, Amanda, won tickets to the premiere of What to Expect When Your Expecting... She was awesome enough to ask me to go. She knew that I had filmed on this movie last summer. We made our way up to Phipps... It was so exciting because you can actually see me!! I'm on the left of the screen near the end of the movie..... It's a scene with Carmen Diaz... Finally a good screen shot! 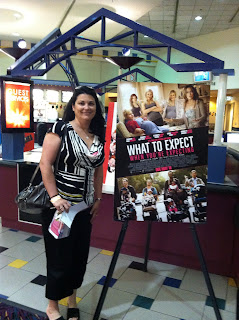 It's been an amazing 3 years with no injuries... but her streak as ended. I got "the call" yesterday from lovely Ms. Dooley, our school nurse. While playing Tug Of War in PE Alyssa had fallen and her ankle was hurt. I didn't really believe that she was all that hurt because she had been going through the "I don't want to go to school today..." thing almost every morning. But low and behold.... here we are... 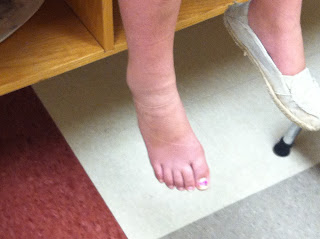 She was able to get a walking boot instead of a hard cast.. which is a blessing.... 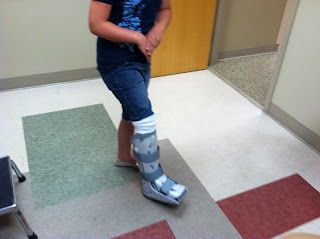 Lisa
We are The Barfield Family Est. 1996. Brett and I have been married for 15 years and have two amazing children, Trent and Alyssa. www.adayinthelifeofthebarfieldfamily.shutterfly.com